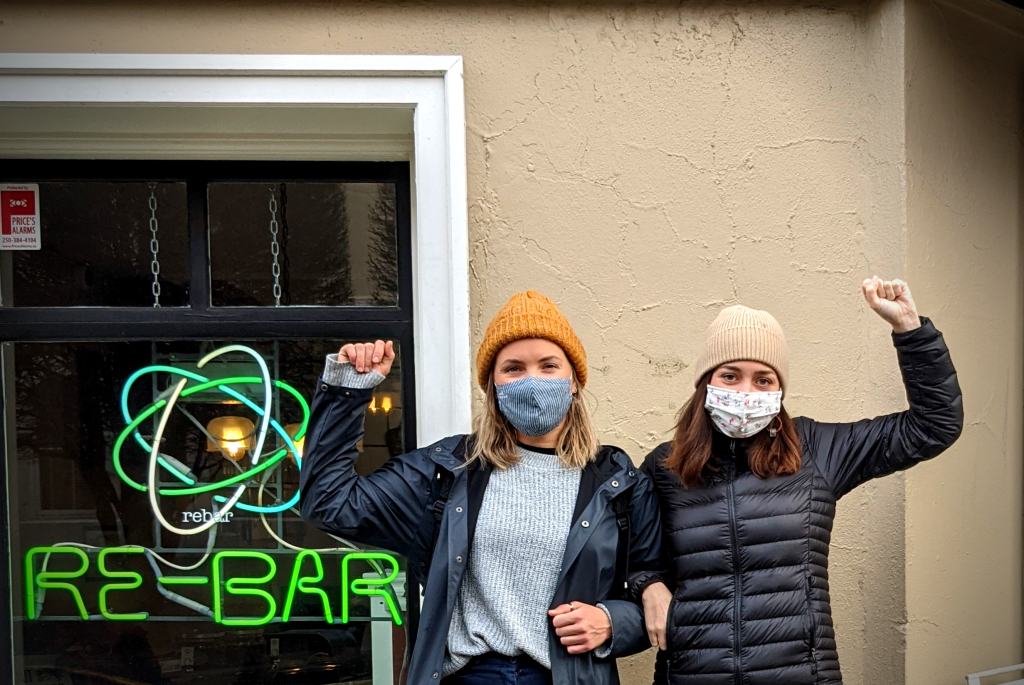 Thanks to an incredible demonstration of care and support by the community for the worker involved, today at noon, members of the Worker Solidarity Network (formerly Retail Action Network) went to Rebar Restaurant to pick up an envelope on behalf of the worker, which contained her missing wages in full.

When the worker asked for her wages on her  own, the employer fired  her, sent her intimidating texts, ignored any further request for  wages, and ignored letters from the WSN. These are just some of the things workers experience when they do stand up for themselves, and why we don’t hear more of their stories. But as today’s example shows, when you have the support of collective worker power behind you, you have nothing to fear.

In the end, it was the 160+ petition signers who got their attention, and within a couple of hours of posting our petition, the employer reached out to the worker and agreed to pay her.

We would like to invite everyone who participated in standing up for this worker to become a member of the Worker Solidarity Network, to learn about your rights at work, and to be notified in the future if someone needs your solidarity! We are waiting for you here.

We’d like to sincerely thank everyone for their support and we hope that this sends a clear message that workers deserve fair treatment, justice, and that the community has their back.

The worker is happy and relieved, and we are grateful for her courage and willingness to stand up for herself, effectively standing up for others too.

“It’s crazy to me that after months of attempts to rectify this with no response it took social shaming to finally force his hand to do the right thing. I really hope this all makes him think twice the next time he fires someone with no explanation and wages owing, but I’m not sure it will. I watched him do this to two employees before me while I worked there, and everyone left quietly. I’m so grateful those at the retail action network crew for fighting for me on this and I hope my experience will encourage others to reach out for justice and fight for their rights in an industry which has so far to go in protecting its workers.” – Former Rebar Employee

If you’re experiencing problems at work, or to learn more about your rights, don’t hesitate to reach out to us here.

Picture this: you’re working at a local restaurant all summer during the pandemic,  but your boss refuses to pay you for the hours you’ve worked since the beginning of June and then fires you without warning by text message. You’ve filed a complaint with employment standards but are told that it could be a number of months before you receive support! Who are you going to call on? The Worker Solidarity Network.

Jane (name has been changed to protect their identity) was employed at Rebar Modern Food since the Spring of 2019 as a server, and was in a situation not unlike many people living in Victoria.

She returned to work in June when Rebar decided to reopen its doors, but with new conditions for employment: that she appear for shifts to work, but receive all of her wages in form of ‘backpay’, trusting that this would be paid to her in the Fall. In a period of economic uncertainty, it was important to continue working and maintain a sense of security. Without pay and within her right, she wasn’t making enough to get by and so applied for the CERB as she waited to see what would happen.

In early September, she was then fired out of the blue by a text message before she received the outstanding wages, referring to her accessing of the CERB as a reason to avoid paying her. As refusing to provide employees their wages is not the intended purpose of the CERB, the worker has since reached out to CERB administration and informed them of the situation. It is unclear whether or not Rebar was also applying for wage subsidies during this period.

What is clear is that her boss knew that employment protections for low wage workers in BC are non-existent, and that they used this gap to neglect their obligations to the employee. One of the texts read: “Following the labour law guidelines on severance, an employer can terminate services of an employee at any time, no reason needed.”

The employer also advised Jane to ‘file a claim with the employment standards branch’ if she wanted to seek payment for her labour, delaying any financial repercussions and leaving the employee in limbo.

Rebar is located in downtown Victoria, BC

Typically, when an employee is owed missing wages and cannot resolve the dispute with their employer themselves, they fill out a complaint form online and an investigator is assigned to their case. Jane submitted her complaint form according to this process back in September.

We feel that justice delayed is justice denied as workers struggle to make ends meet and employers are free to delay any financial responsibilities by not paying their staff.

That’s why the Worker Solidarity Network (WSN) is launching a petition as a first step in a series of planned public campaign demonstrations: We are calling on our allies, fellow workers and entire membership to join us in demanding that Rebar Restaurant pays this worker what they’re owed.

Rebar Modern Foods has been under new ownership since October, 2018. This petition will be sent to the owner, calling on them to pay Jane for her hours worked, and demonstrating our collective power as workers in refusing to accept this kind of injustice.

The Worker Solidarity Network frequently supports non-unionized workers in BC that are missing wages from work and have been fired suddenly and without explanation.

Please consider making a one-time donation to the Worker Solidarity Fund, a fund to support workers directly as they face injustice while standing up for their rights.

Join the WSN membership to stay in the loop about this campaign as we demonstrate collective worker power for precarious and non-unionized workers throughout BC.