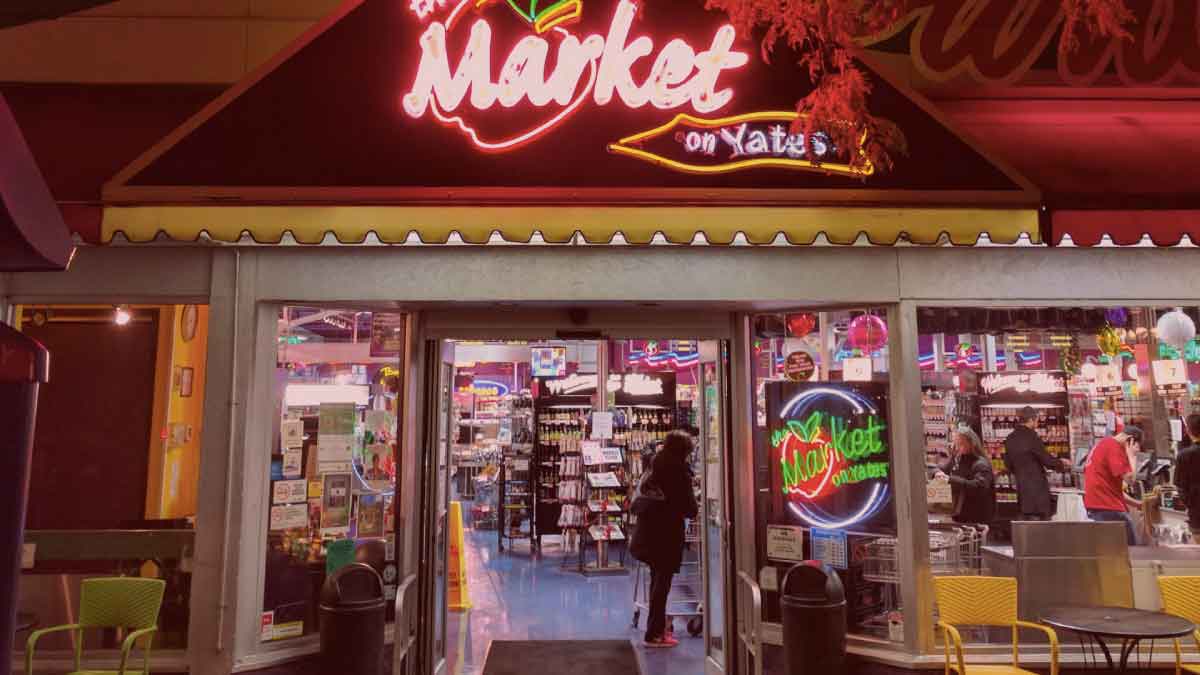 J.L. reached out to the Retail Action Network shortly after being fired by the Market On Yates management without cause. After 2 years of working there, Jacob was put on notice for calling in sick for anxiety.

Help us get an apology from the Market On Yates management, and to change policy so that this doesn’t happen again.

Please read the details here, as told to us by J.L.:

My name is J.L. I began working as a grocery clerk at the Market On Yates in the summer of 2014. I am writing to you because I was fired without cause from the Market On Yates, and feel that I have been discriminated against because of a health condition.

For much of my adult life, I have struggled with anxiety. The store manager, Doug Bourque, was aware of this before I became full-time and eligible for benefits, which included paid sick days.

Doug had told me that I was one of the better employees; did a great job in the two years that I worked there; and stated how I never called in sick or missed a day of work over the first couple of years as an employee at the Market on Yates.

On July 29th, 2016, I was scheduled to work in the evening. That morning, I had a massive anxiety attack. I was vomiting, crying, breathing too fast, and felt like I was going to die from a heart attack. I called in to work at 11am that morning to let my manager know that I couldn’t come in to work. I was trying to calm myself down. Work called me back at 2:53pm and said that I had to come in.

They told me that anxiety attacks are in the same category as a hangover, and that if I didn’t come in I could lose my full-time hours.

This elevated my anxiety to the max and I was not myself. My mom tried to calm me down but could not. She ended up walking with me to work while I was disheveled and still experiencing the anxiety attack. I felt publicly embarrassed as I walked into the Market on Yates. The Market on Yates Owner, Darryl Hein, sat me down in his office and made me feel that I was completely in the wrong.

Darryl told me that I couldn’t call in sick for anxiety, to “man up”, and that this “isn’t high school”.

Darryl told me to go outside and think about my decision carefully for the next twenty minutes. I sat outside and my anxiety attack worsened. My mom tried to calm me down, and my work friends were asking if I was alright. I went back inside and told my boss that I was going to go to the doctor. As I left I projectile vomited.

I went to the doctor and was prescribed medication and told to schedule another appointment. The next day I was called into Darryl’s office and he told me that what happened was unacceptable and better not happen again.

The message seemed clear: that calling in sick was not tolerated. From this point on, I did everything I could to make it to work, even if I were sick.

On August 12th, 2016, I went to work even though I wasn’t feeling well. I had to leave a couple hours early from my shift because I was vomiting at work. The next day, I was called into Doug’s office:

Doug threatened my full-time status again, refused to pay me sick pay and told me that I was unreliable and “on his radar”.

In early September, I called in sick to work because I caught the flu that was going around my workplace. Over the phone, Doug told me to “man up” and to come in to work, whether I was sick or not. He hung up on me, leaving me worried.

On Sept 9th, 2016, my doctor told me I had to take 5 days off before returning to the Market on Yates. I was hesitant to take that much time off work, but I brought in a doctor’s note that day.

On Sept 14th, 2016, when I returned to work, I asked Doug about whether I could get sick pay for any of the days that I had been unable to work due to my health. Doug said that he could pick and choose whether he approves sick time, and that I wasn’t going to get paid. I told him that I felt mistreated and embarrassed since my anxiety attack happened in July.

Later that day, Doug called me into his office while I was on shift. He told me he was firing me. Without explanation, he said they would give me two weeks severance and I should get my personal belongings and leave.

Please take this letter as a sincere call to action against discrimination and unfair dismissal.

Since the time of this complaint, the Retail Action Network has heard from multiple other Market On Yates current and former employees. Here are some of their statements:

“When I was hired, I let the manager know of my past and present struggles with depression and anxiety. One day, I had an anxiety attack upon coming to work, and had placed my head down on the staff room table and was crying. I was later called into the manager’s office and told that I couldn’t “mope” around and was told to stop. Since then, I felt targeted, and my schedule from that point on put me in a position where I had to quit. I had worked at the Market on Yates for two years.”

“When I was promoted from a grocery supervisor to dairy manager, it was made clear to me that I was not allowed to call in sick. If I was ill, I would have to come in for at least the first couple of hours to complete important orders for the next day’s milk delivery. When a serious illness came I had to miss two consecutive days of work. Despite having a doctor’s note, I was notified by the store manager that grocery manager Doug Bourque wanted me fired. The compromise they had agreed upon was my demotion from a department manager and grocery supervisor to a regular clerk position, and that I would have to report face-to-face to Doug on a daily basis. I was uncomfortable with this decision and the form of passive-aggresive bullying that this new situation would involve, so I decided to resign.”